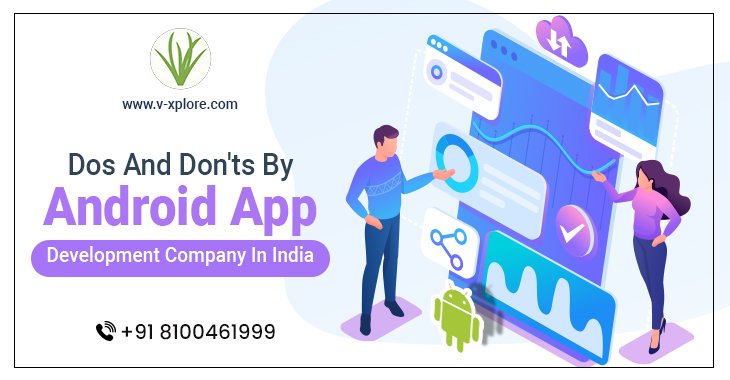 The Technological Revolution took place with the invention of smartphones. Earlier phones were just used for communication purposes. Mobile Phones have now replaced computers entirely in the day-to-day lives of people. There’s hardly anyone except some from the older generation who doesn’t use a smartphone already. People have endorsed Mobile Phones in their daily lives well, and Smartphones are doing justice to this by proving to be resourceful too. This resourcefulness is backed up by Android App Development Company In India like Vxplore Technologies.

Regarding Smartphones, resourcefulness mostly comes from integrating millions of applications. These can be downloaded and installed from the digital stores available on the major mobile operating systems, Android and iOS. Some of these applications are free, contributing superior value to their users. Businesses are also all up and going, creating applications for their customers as they switch from websites to applications.

However, creating a perfect application is not easy. Many of the above candidates fail to last in the long run. Vxplore Technologies is one of the few Android App Development Company In India that is reliable and has delivered excellent value to their customers. Their team is determined to continue serving their customers with the best in the market service. They want to officially get that Best Mobile App Development Company In India spot.

They mentioned some Dos and Don’ts that need attention to while developing apps for their clients. These are as follows:

If you want the perfect app for your business, reach out to Vxplore Technologies, the Best App Development Company In India.