Android 11 has been launched and this time, it offers you many advanced features. App developers must consider these new options so that they can bring changes in their app development. These features are what people want on their phones. Those who want to design their business app need to know these features. Vxplore Technologies is keeping eye on every introduction the app industry is making. We have the best team of app developers who can design apps depending on the market needs.

The Newest features are:

Now you can control your media in the quick setting panel. You will get 5 total media sessions from a single app. This new feature is truly awesome. Your app should support this feature to use it. App developers are smart and they create extraordinary applications to match the demand of the new-age needs.

If you want to develop an application for your business, contact Vxplore Technologies. We have the best team of app developers for you. We will take your business online with these apps.

You will get built-in screen recoding with Android 11. Now, you can record your screen also. You can also select whether you want to record audio from the microphone. You may get so many applications on the screen recording on the play store. But, with this new feature, Android throws a tough challenge to the companies that developed a screen recording app. They have to come up with some compelling features.

Ensuring user’s privacy has become stronger with the new Android 11. The operating system has launched two important features for users on the runtime permission model.

In the previous version, if an app needed a dangerous level of permission, it asks you to allow or decline the permission. If you allow permission, it will remain the same as long as the app is not uninstalled from your phone.

But, this feature has changed now. If a user is granting permission on Android 11, they can now choose the permission – ‘only this time’. The app will not access data from your devices after your use.

So these are some of the awesome features Android 11 offers you. App developers should design an application accordingly. Contact Vxplore Technologies if you want the best app for your business. We are one of the best app development companies having branches in India. Call us to get more details. 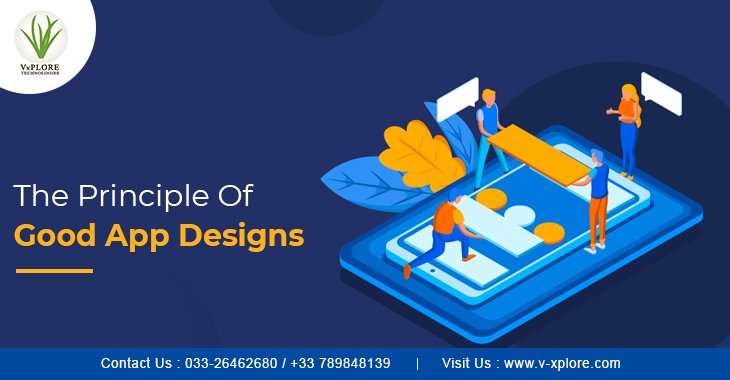 The design of an app talks a lot about you. So, invest time and your interest in choosing the best designs for your applications. You must come up with the right design details for you. Contact Vxplore Technologies and get the best solutions for your app designs. We have expert designers who know how to apply colors, how to make a canvas meaningful, and how to attract the attention of customers. Design is everything. Colors can improve your sale.

Vxplore Technologies is helping the business reach its goals. We are approaching step by step to create a magnificent design for you. In this content, we are discussing our working ways of making a great for an app. So many steps are involved with this. Read on to know more.

Consistency is one of the key components for designing an app. Our designers ensure that there is consistency in designs. Since it is about promoting your brand, we working with colors and the messages your business relies on.

It is one of the best factors for designing your applications. If your customers are familiar with the designs, it reduces the learning needs. It also depends on the consistency effects. Every designer wants their app is understood by customers. They don’t feel confused while using the app. So, designed must choose familiar screens and they work on it for designing an app.

Vxplore Technologies has a team of experienced app developers who will help you design the best application for you.

The intuitive design directly connects with the user experience. It is different from the familiarity concept that is based on the trend to help users get with known screens.

Intuitive design a process that has to be very natural. A user will explore different pages of your application as a natural searching habit.

To achieve this, designers must be well aware of how users interact with the app. This knowledge plays a crucial role in UX designs. It will bring better engagements for you.

Keep the design and functions minimal:

Simplicity is the best thing for your app development. You have to think about the minimalism factor for user navigation. Don’t make it complex. Rather, maintain consistency for your applications. In your all, your users can easily locate themselves.

Our app designers are offering the right app development plan for you. Contact Vxplore Technologies for designing your app. No matter what your business requirement is, we come up with the right plans for you.